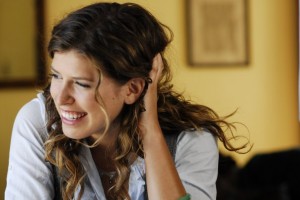 Debora Lee Meehan is Nashville’s hidden health gem. I first came to Lee two years ago in a panic over my Irritable Bowel Syndrome, having spent thousands on medical treatments to no avail. To top it off, I was battling severe depression.

The first time I heard Lee’s voice on the phone, I felt a glimmer of hope. She was compassionate, yet no-nonsense. She sounded perfectly confident that she could help. Sure enough, after my first colonic, my symptoms began to diminish. Now, two years and roughly seventy-five colonics later, I am a different human being; the depression, constipation and bloating are gone, along with about ten pounds that I was never able to lose by exercising. I continue to see Lee once a month for maintenance and often rely on her extensive knowledge whenever I have a question about my health.

Previous I am amazed at how good I feel both physically and mentally
Next Lee has given me many more years of life I would not have had.

A struggle to regulate my hormones

..the wellness I have felt because of colonics has been staggering