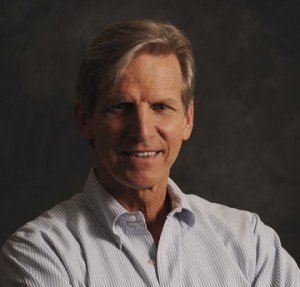 Dr. Bill Greenman is businessman and an ordained minister and holds a Bachelors degree in speech communications, a Masters degree in Pastoral Ministry, an Honorary Doctorate of Divinity, and a Ph.D. in Practical Theology. He is the Chairman of the Board of a CBO in Kenya, Africa which works with the government, educational, business, and religious sectors of that nation. Bill has traveled internationally for over 25 years as a conference speaker and teacher. Bill has also been a pastor, counselor, and business administrator. He has built international sales teams of over 35,000 and was a professional trapeze artist and acrobat, and owned his own circus for 12 years. Bill has authored 4 books and multiple training materials on helping people find and fulfill their personal destinies. He is the president of multiple corporations, which oversee his various business ventures

I’ve been involved with the nutrition/health/fitness world for 40 years. I was fit looking, about 5% body fat and had been an athlete all my life. But the age of 53 I removed some cancer from my body, with natural means. This disease made no sense due to my lifestyle of health. I began to research and concluded that it was due in large part to a couple of decades of constipation which created a foundation of toxins in my colon. I then sought help with colonics.

While I’d had colonics about 10 years earlier – they were not that effective long term. A friend of mine told me about Lee Meehan and a different protocol than the once/week regime I had used before. I was skeptical, but open. Her explanation made great sense to me and I embarked on the first series of 15 colonics over 21 days – 5 straight days, 2 days off. The results, while disturbing in one sense, were encouraging in another.

I was disturbed at how clogged I was – not being able to get the water to the far side of my colon. I was encouraged by the method, and the amount of waste I was getting rid of. I concluded that per Lee’s advice the only viable option was to put a colonic unit in my home and go for it until I was cleaned out. I figured this would save me roughly $50,000 in colonics to Lee and she was happy to let me keep that if I was going to be diligent.

It took me about 50 colonics before I got the water to go all the way to the far side of my colon. At 60 colonics the bulge I had just under my sternum from impacted fecal matter disappeared for the first time in at least 25 years and I could see my abdominal muscles there again. My breathing and my digestion also improved at this point with that pressure relieved. I had a trip to Africa planned for about 50 days from the time I began my home regime and wanted to be as cleaned out as possible by then. I decided on my own to take 2 colonics a day until I left for the trip. A few days before I left I had reached the 150 mark. I felt great – though my energy levels were low for obvious reasons. I would not recommend this regime to anyone, however, its just my nature to do as much as possible in the least amount of time.

Lee had told me that for every 15 colonics we were removing a year of build up. I wanted to get rid of 50 years worth – whether it was there or not. So I set a mark for 750 colonics and went for it. I was averaging 5 per week for a couple of years and finally made my goal. I was also taking Cape Aloe capsules through out this time to keep things moving. If I didn’t it could take 4-5 days before I had a bowel movement. I didn’t like the aloes as there were harsh if I took too many and it was difficult to regulate the proper dose. However they were a great measuring stick for how my bowels were doing. When I started the colonics I was using about 20 caps a day. When I finally stopped using them and switched to another type natural help I was down to just 4 a day. (I now use PoopDoc formula (poopdoc.com) and find it better for regulating bowels movements and with no harshness.)

I’m convinced that Lee and her protocol and helping me put a colonic room in my house has given me many more years of life I would not have had. I’m still taking regular colonics and will the rest of my life – 2-4 per month. The colon is the second brain and the seat of the majority of our immune system. I plan to keep both working at peak levels.

Previous ..after my first colonic, my symptoms began to diminish.
Next Self care, my story!

..the wellness I have felt because of colonics has been staggering